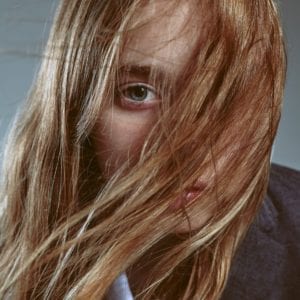 The decision to send your teenage daughter to a juvenile boot camp is not an easy one to make. A boot camp for teenagers is not like sending a child to Boy Scout camp or to a church youth group retreat. The objective of a juvenile boot camp is to dramatically and radically change the behavior, the thinking patterns and the priorities of troubled youth who are in their care. That means that the experiences your teenager will have at a boot camp setting will be difficult, challenging and unrelenting.

A typical day in the life of a teenager who is at a juvenile boot camp will not be like anything he or she has ever experienced before. There will be a routine to it that will quickly become familiar. Variety will not be a big part of what your teenager does each day. The use of repetitive tasks and a reliable schedule is part of the reorientation of the kids who come to a boot camp for teenagers. But that routine daily schedule will be far from easy.

The stress and effort of each day will tire your son or daughter out in ways they never considered possible. But because each day will be one of regular, short term tasks that are difficult to do, that lifestyle will reorient the way a troubled youth thinks and views life. Those short term tasks will provide short term gratification when a teenager completes them correctly. In many ways, just not being in trouble with the drill sergeant for one day will be reward enough. The drill sergeants will be demanding, loud, unforgiving and harsh.

So when your teenager finally achieves a goal and hears a that drill instructor say, “well done”, that will give that teenager a sense of self worth like nothing he or she ever felt before. It will be a feeling of self esteem that your teenager will crave each day at camp. That desire for accomplishment and self esteem will be instilled in the youth at a juvenile boot camp so they come out of the camp with a work ethic that drives them toward success for the rest of their lives as well.

During any given day during your son or daughter’s stay at a juvenile boot camp, there will be tremendous pressure and demands put on them to perform up to the standards of the drill instructor. Unlike how authority your teenager may have encountered before his or her boot camp experience, there is no saying “no” to a boot camp instructor. The demand put on the teenagers in camp are not a request. Compliance is not only assumed, it is enforced and disobedience is treated harshly with hard labor or a prison like experience.

There is no saying, “I don’t feel like it”, “Maybe later” or “Can we talk about this?” at a boot camp. The uncompromising demands of authority at a boot camp for teenagers will be new to many troubled youth who got in trouble because they learned to work around the system or they learned they could defy or intimidate authority figures without consequences. Because the consequences for disobedience at boot camp are harsh and immediate, that “reprograms” troubled youth to learn to seek to please authority and to get positive reinforcement from a life of compliance and teamwork.

What Happens Each Day

A day in the life of a teenager at a juvenile boot camp begins early and the pace is nonstop all day long. Even before breakfast, there is often a time of calisthenics or even more difficult exercise. In some juvenile boot camps, a five mile run before breakfast is not uncommon. The one thing that is consistent of almost any youth who goes to a boot camp for teenagers is he or she will come back from the camp experience in good shape.

Meals are ample and usually well prepared at a juvenile boot camp. The level of activity is so demanding on the kids in a boot camp for teenagers that they will need a lot of good nutrition and high protein fuel to keep their bodies going. While the youth in a boot camp experience may have a lot to complain about, the quality or quantity of food is rarely the problem.

The typical day in a juvenile boot camp is busy with exercise and other physical challenges. Many of those challenges will call upon the teenagers in the camp to work together or they cannot make it through what they must do. Learning to work together creates a bond between the youth who are forged into a unit that can function together quite well by the end of the boot camp experience.

This experience of working together, supporting each other, helping the weak ones and learning what a friendship under pressure really means is often one of the most life changing events at a boot camp for teenagers. And the friendships that are forged in the fire of a boot camp experience often become lifelong relationships that have great value to your son or daughter long after the boot camp is over.

The image that a boot camp experience is constantly harsh and unlivable is extreme and often based on what you see in the movies. Along with the hard work, there are also times when the youth attend classes and participate in guided discussions where they can share their feelings about what they are going through. This ability to vent to each other and to qualified psychologists is also very healthy as troubled teenagers go through a lot of dramatic change during their weeks in the boot camp setting.

When your teenager returns from a juvenile boot camp, you will be living with a youth who knows what a regimented lifestyle of hard work is all about. His or her attitudes toward relationships, goals and priorities will be changed forever. The lifestyle at boot camp will alter those values for the better and permanently as well. So while it is a tough decision to put a troubled youth in a juvenile boot camp, in many cases it will bring about a change for the better that could not have been achieved any other way.

Can a Boot Camp for Teenagers Fix Your Troubled Child?