Can a Boot Camp for Teenagers Fix Your Troubled Child?

If you have ever had your teenager drive you to the point that you want to scream, you are not alone. In fact, it is probably a universal experience for any parent of a teenage boy or girl to get to your wits end with them at some point. So if you have ever turned to your spouse and said in jest, “It would be easier to send that kid to military school”, don’t beat yourself up. That may be something almost every parent has said thinking that the boot camp experience would do any teenager good.

Of course, military school is an extreme but there are options for providing a way for troubled teenagers to experience a turn around in their lives through a dramatic experience. One of those options is a juvenile boot camp. To be clear, while a boot camp for teenagers may use military style training and discipline techniques, they are not necessarily military organizations. In other words, enrolling your troubled teenager in a juvenile boot camp does not automatically enlist him in the armed forces. But your son or daughter may feel like they are being trained for combat because the discipline and challenging program in every other way resembles an actual military boot camp.

But before you decide that a juvenile boot camp is just the thing to make your child learn to pick his socks up off of the floor, spend some time finding out exactly what you are getting into and what you are getting our child into if you send them to this kind of experience. A boot camp for teenagers is not the same as sending a kid off to a church youth group retreat or Boy Scout camp in the summer time. These are not camps that are made to babysit kids or to provide them with an entertaining outing and to give mom and dad a little peace and quiet at home.

Juvenile boot camps are primary focused on turning around troubled teenagers who are on a downward spiral toward a life of crime or who need a serious intervention experience. 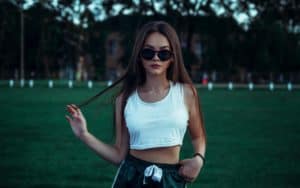 Many times a youth will be ordered by a court to go to a juvenile boot camp as a step to try to turn the kid around before he enters juvenile detention or prison. Not only are teenage boot camps serious and difficult, they are designed for kids who are more or less “hard core”.

If you were to send your teenage son or daughter to this kind of juvenile boot camp because his or her grades have fallen off or they play on the computer too much, that is a punishment that far exceeds the crime. Your child will find themselves in a frightening and harsh program from which there is almost no escape. Juvenile boot camps often last anywhere from four to six weeks to many months and the treatment of the youthful attendees is harsh, intimidating, threatening and very difficult. The physical demands are extraordinary because they are designed to “break” some very tough kids. And your youngster will fall in with some very tough kids and they will form a bond that will create friendships that may last a lifetime.

Not For Every Kid

For parents who are trying to find ways to help a troubled teenager, a juvenile boot camp may be an option to fix that youngster and put him or her on the right path in life again. But an intense military style experience is not a fix for every difficulty a youth might experience. For example, if your teenager is going through depression, excessive anxiety, phobias or fighting substance abuse, the kind of boot camp experience we just described is not a place where that teenager will thrive.

A program that utilizes confrontational tactics that are intentionally difficult and intimidating could push a sensitive and depressed teenager even further into withdrawal from the world. But there are numerous other resources that are designed to offer hope to a teenager fighting these kinds of programs.

There are other types of teenage retreats and camps that put a much higher priority on counseling, therapy and other more sensitive types of intervention. These resources may offer physical programs or exercise as well because being outside and staying active is healthy for everyone. If a kid who has fought self esteem problems, depression and other inner demons can enjoy an afternoon of softball where the teams don’t even keep score, that can do wonders to speed the healing process.

The answer is yes a boot camp for teenagers can fix a troubled teenager if the boot camp if suited to the problem that the youngster has. The traditional boot camp that utilizes harsh and very aggressive military style training is often ideal for a tough and oppositional teenager who is in rebellion against the world. 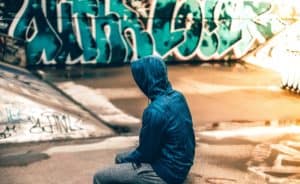 The classic “angry young man” (or girl) often thrives in a teenage boot camp setting because they respond to the challenge that is put before them. Often leadership skills will surface as a group of troubled teens bond together to struggle and win against impossible odds. In that situation, a kid who was headed for a life of failure, crime and perhaps prison can be turned around and catch a vision for a life where they can make a real contribution to society.

There are many kinds of “boot camps” that are suited to the needs and personalities of various kinds of teenagers. A good way to find the best program for your son or daughter is to work with the teenagers guidance counselors, psychologist or with your church’s youth leaders who may know programs that are just the right thing to change your troubled teenager for the better. The key is to do your homework and find the right juvenile boot camp or retreat that is designed to address the kind of mental or emotional difficulty your youngster is facing. If you do that, you will find a juvenile boot camp that really will fix your kid.