Getting Your Troubled Teenager Ready for Juvenile Boot Camp 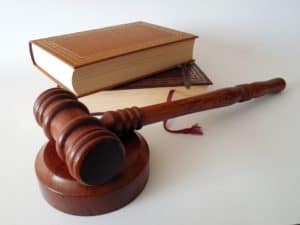 The decision to send your teenager to a juvenile boot camp is never an easy one.  Sometimes the decision is not one that parents get to make. If your son or daughter got in trouble with the law, sometimes a judge will order a youth to go to a juvenile boot camp as an alternative to juvenile detention or prison. In that situation, you have no choice but to get yourself emotionally ready to send your teenager away to a very strange situation that might be a little frightening. And you do want your son or daughter to succeed in the boot camp setting because it is shorter in duration than a detention situation and the negative consequences are not as ominous.

So the first order of business before you take your teenager to his or her appointment at a juvenile boot camp is to get him or her emotionally ready for the experience that lies ahead. Before you begin your counseling with your teenager, be sure you have come to terms with the event as well.

That means educating yourself in what will go on at a boot camp for teenagers and knowing what you are going to say when you begin to discuss the topic with your son or daughter. Only when mom and dad are on top of the decision to send the youth to a juvenile boot camp can you communicate that confidence about the future to an anxious youth.

Fear and Apprehension When You  Send Your Teenager Away

The first piece of information that is absolutely crucial about an upcoming stay at a juvenile boot camp is the duration. Whether the boot camp for teenagers that your youngster must get through is six weeks or six months, be honest with your child so the emotional preparations can begin long before you drop him or her off at camp. Along with that information, the more you can learn and inform your teenager about how life in a boot camp will be and what will be expected of him or her, the easier it will be to prepare emotionally for the experience.

When She Arrives at the Juvenile Boot Camp

Along with how long the boot camp will last, learn in advance how often your teenager will be allowed contact with you and with his or her friends and family. If there are visits allowed, find out how often they will be permitted by the boot camp administration and make sure your teenager knows you will be there for every one of those visits. Even if your relationship with your troubled teenager is strained because of the same trouble that has resulted in his or her appointment in juvenile boot camp, all of that will fade when your so or daughter needs you during a difficult term in boot camp.

Before you begin to get your teenager ready emotionally for an upcoming stay at a boot camp for teenagers, do your research. If you have literature from the specific juvenile boot camp that your teenager will attend, that should come packed with information. In fact, you may have quite a folder of detailed information about the boot camp if you spent time picking out just the right one for your youngster.

This is the time to share that information with him or her. Finally, if you can arrange a visit to the juvenile boot camp with your teenager to watch other teenagers go through their boot camp experiences and to visit with the administration, that will also help your teenager get ready for his or her upcoming stay at the camp.

Getting Ready for Juvenile Boot Camp

How your teenager responds to the news of a scheduled stay at a juvenile boot camp will have a lot to do with how you feel about the plans and how you present the idea to him or her. The fact that there are certain types of behavior and attitudes your teenager has that have resulted in this decision will not be a surprise. Your teenager may already know that he or she is going down a bad path but not know how to stop.

Even though unacceptable behavior at home, at school or run-ins with the law have resulted in the plans to send the youth to a boot camp for teenagers, it is best to play down the idea that the boot camp is a type of punishment. To be successful in the juvenile boot camp setting, your teenager must see it as an adventure and one that you support and are behind him or her 100%. If it is seen as a punishment, that will not instill an ambition to come out of the boot camp experience in a successful way.

Spend some time talking to your teenager in a supportive way. If the conversation seems to leading to hostility, take a break and try again at another time. Above all, your teenager should not feel you are “sending him away” or dumping him at a boot camp to get the youth out of the house. Be sure your teenager does not feel that his or her parents are giving up. Instead communicate to your youngster that you see the boot camp experience as a new beginning and one that will lead to a happier and healthier life for the teenager and better relationships between parent and child as well.

Once your teenager is assured of your love and support and that you believe that he or she will be a great success at the juvenile boot camp, try to play up the sense of adventure and excitement about the experience. Compare the experience to a great quest to conquer a mighty challenge. If your teenager is a fan of lore or stories, use those stories. For example if your teenager loves The Lord of the Rings, compare his or her upcoming adventure to the quests of Bilbo and Frodo in those books.

This time of preparation that mom and dad can do before you send your teenager to a juvenile boot camp can make a big difference in the success of your son or daughter during the weeks and months they are away. But if you do your part do prepare your teenager completely for the challenges that lay ahead, the task of being a success at the juvenile boot camp will be much easier for your youngster. And you will sleep better knowing you did a good job as a parent getting your child ready to do his or her best in a very difficult expertise that lies ahead in that boot camp for teenagers.