However, according several of the field’s most prominent researchers, punishment based models do not always work in the teen intervention setting. Without a proper treatment method, intervention programs that rely only on intimidation, coercion, and force will fail because it failed to identify and deal with the deep seated issues of a troubled girl. That is one of the many reasons why therapeutic boarding school should be chosen over programs that employ such tactics.

Due to the improving knowledge in the fields of psychology and psychiatry, better intervention techniques are being designed to specifically address the psychological and emotional needs of a troubled teenager.

In the 1980s, cognitive behavior therapy (CBT) was developed through the efforts of several American psychiatrists, most notably Aaron T. Beck. It became a favorite therapy method after numerous studies proved its effectiveness in treating a wide array of psychological and emotional distresses. In 1998, American researchers Kaslow and Thompson published on national report proving that CBT indeed has a favorable treatment outcome compared to other classical approaches and it is the most promising for treating a wide array of psychological and emotional problems common to teenage girls, such as anger, defiance, depression, anxiety, promiscuity, eating disorders, etc.

In the recent wake of teen boot camp controversies, leading boot camp researchers such as Dr. Doris MacKenzie and Jaime E. Muscar published reports that tough love programs utilizing aggressive methods in their intervention approach should be abandoned in favor of residential programs that use better methods, such as CBT on therapeutic boarding schools. Currently, according to maany experts, therapeutic boarding schools offer the best chance of reducing recidivism rates among problem teenagers, most especially to troubled girls.

At the 2006 Annual Convention of the American Psychological Association, researchers Ellen Behrens, Ph.D. and Kristin Satterfield, B.S. of Canyon Research & Consulting, Inc. presented their findings from a multi-center study of youth outcomes in private residential treatment setting. According to their report, private therapeutic residential programs are more effective than other methods in dealing with the immediate issues of a troubled teen. Not only that, the programs are also effective in reducing the recidivism rates of its participants, and positive assessment are still reported a year after completion of the program.

According to the study which monitored 1,027 teenagers, ages 13 to 18, from nine participating programs, for one year following their completion of a residential therapeutic program, it was learned that teenagers suffering from internal problems such as anxiety and depression benefited a steady decline in their symptoms, like so: 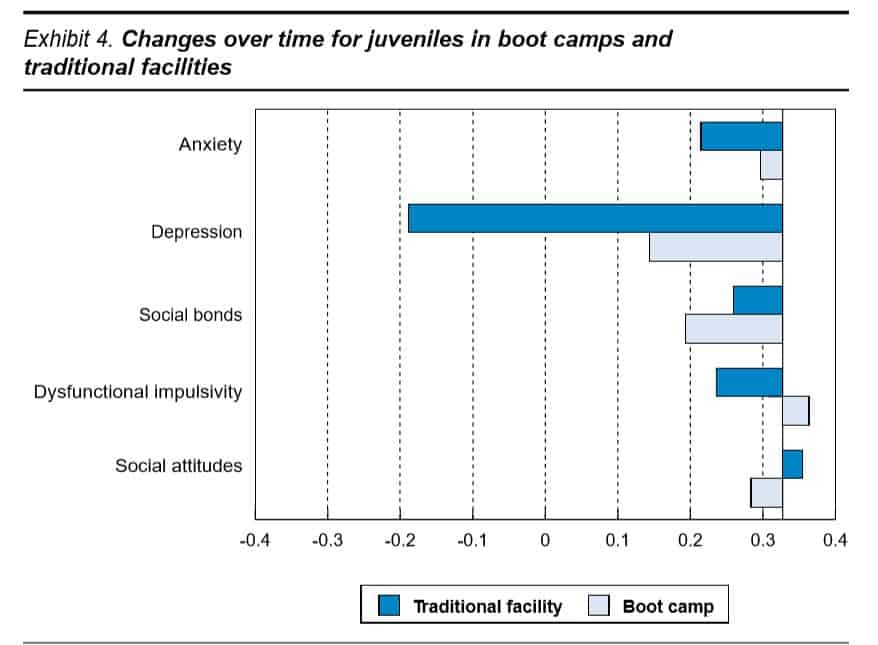 For those having severe externalized problems such as anger, defiance, rebelliousness, substance abuse, etc, these teenagers benefited a steady decline in their symptoms. And finally, teens who completed the program and were assessed normal upon their release, maintained the steady decline in their symptoms a year after their discharge. According to the researchers, teens participating in a residential therapeutic program have the best chance to reduce their recidivism rates.

When choosing the best intervention program for your daughter, you must first consider whether your daughter truly needs a tough love program in order to learn to behave. Rarely will a teenage girl need a tough love program to learn how to manage themselves better. More likely, what she needs is a program that will help her manage herself through learning coping skills, with lots of therapy, support and self-esteem activities.

In order to produce a lasting positive change on a troubled teen, they themselves must have a desire to change in the first place. Even with the best treatment method, without the desire to change, teens will just relapse into bad habits. That is one major reason why punishment based models that utlize intimidation and scare tactics to ellicit behavior change will never work in the teen intervention setting.