Where to Get Help for your Troubled Teen? 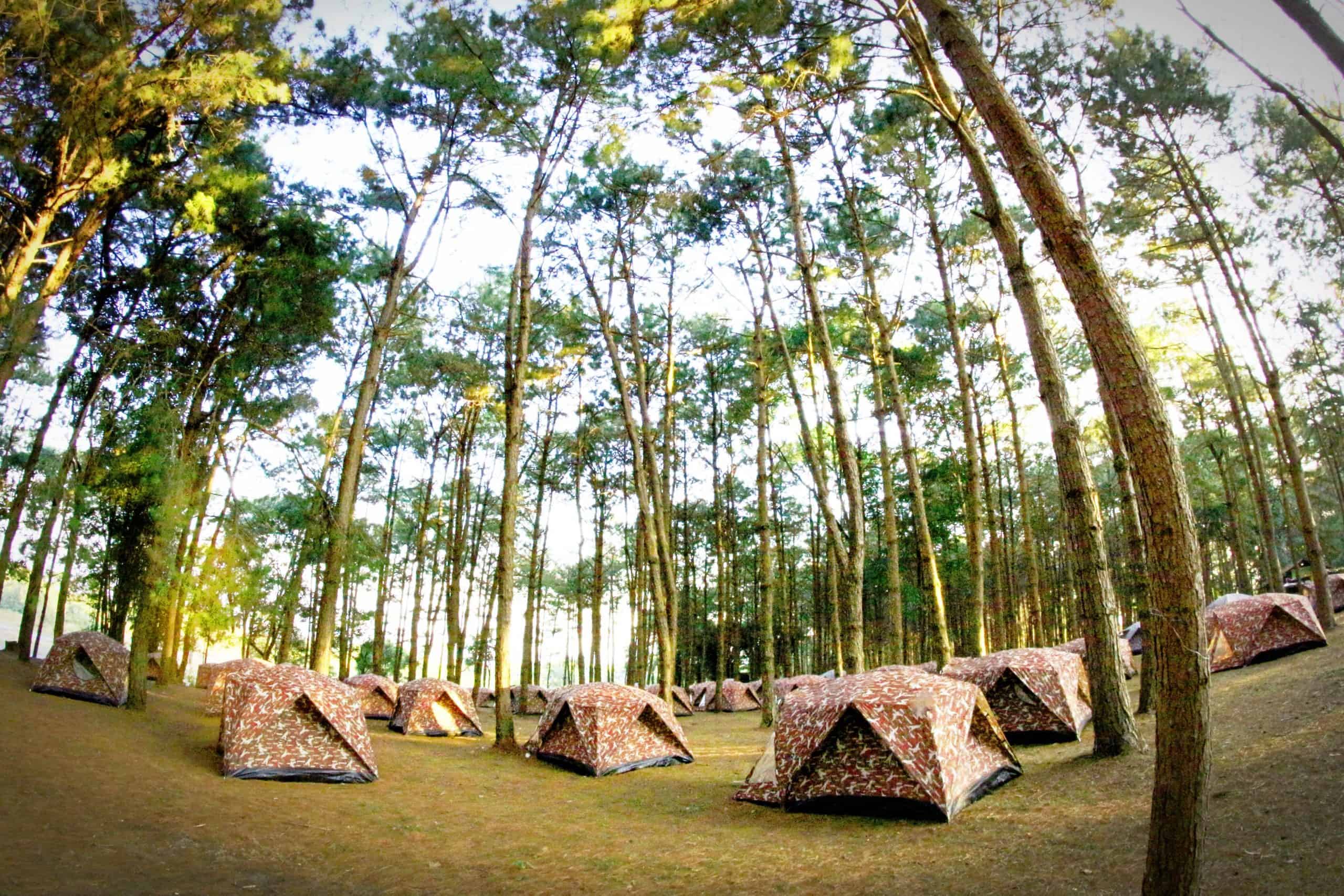 Wilderness Therapy Programs vs Boot Camps for Teenagers: What Every Parent Should Know

Many therapeutic boarding schools and residential treatment centers for teenagers now offer wilderness therapy. Wilderness programs have proven to be very successful in preventing teens from becoming trapped in the juvenile justice system.

What do teenagers do while living the wilderness therapy life?

These wilderness programs are designed to mirror challenges found in a teen’s family and social life. Unlike a behavior camp for teenagers, wilderness therapy involves giving teens space, time, and boundaries, they need to develop healthy peer relationships. Teens are taught and encouraged to accept and use feedback from adults and peers and nurture their inherent resilience.

Teens participating in a program are expected to successfully complete outdoor adventures and outings while simultaneously learning to work with others.

Teens are expected to learn and complete tasks such as building campfires, erecting tents, gathering wood, kayaking and catching fish for a meal. They learn to do by cooperating with others in wilderness therapy.

Decades of research regarding the physical and psychological benefits of spending time in natural settings have shown how taking a simple walk in the park or camping in the woods significantly improve mood and reduce symptoms of depression and anxiety. However, wilderness therapy for a troubled teen is not merely like “playing” outdoors. Instead, wilderness therapy is an evidence-based treatment program managed by on-site counselors and psychologists. They continuously evaluate a youth’s changing needs.

Some of these programs isolate teens from other teens according to their mental health diagnosis or history of defiant behaviors. For example, a wilderness therapy program may include teens with ADHD while another may exclusively involve teens with ODD who have had encounters with law enforcement. This allows teens to share similar stories, emotions, and life experiences in a cooperative environment that also reinforces long-term, therapeutic relationships with their peers.

Backpacking, hiking, rock-climbing, and learning survival skills help troubled youth discover they are capable of overcoming obstacles, achieving goals, and forging enjoyable alliances with peers and adults. Time spent in a wilderness program alters the way teens think about themselves by proving they are fully capable of self-sufficiency, defeating obstacles using critical thinking skills and enjoying deep alliances with peers. 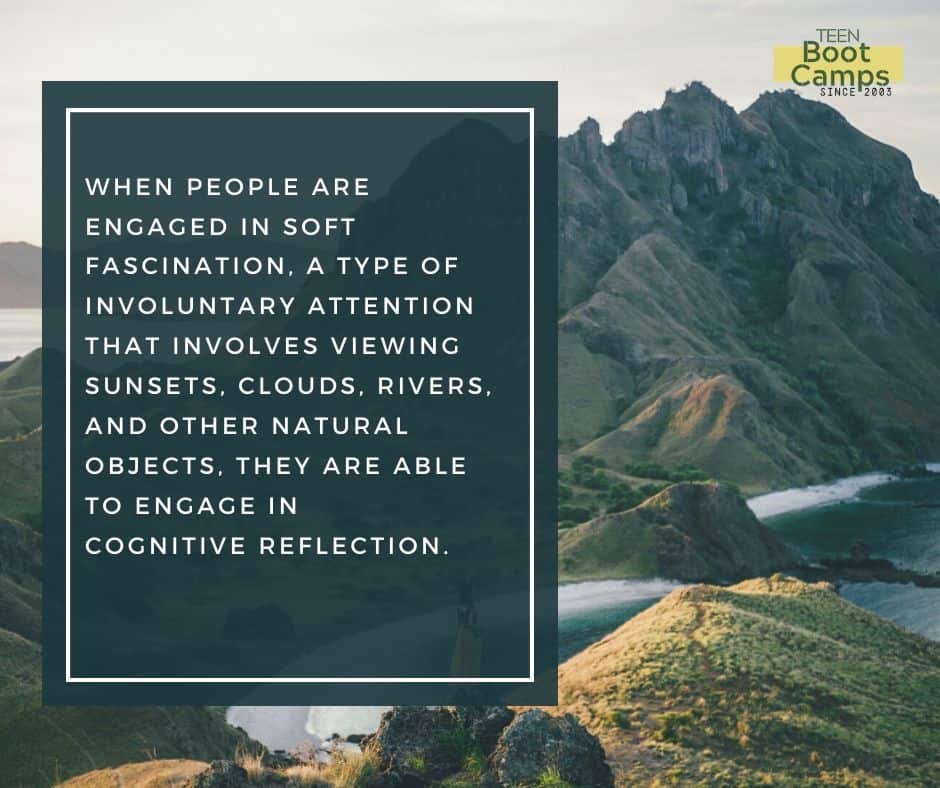 When people are engaged in soft fascination, a type of involuntary attention that involves viewing sunsets, clouds, rivers, and other natural objects, they are able to engage in cognitive reflection.

When struggling teens are immersed in the wilderness, their attention is instinctively captured by soothing images of nature. Researchers studying soft fascination have found that contemplating a natural setting does not require high degrees of cognitive energy. Thus, wilderness therapy programs facilitates a troubled teen’s capacity to reflect more on themselves and the encouragement provided by camp counselors than psychologically and mentally fatiguing problems they were forced to deal with at home.

The Dangerous Downside of Boot Camps for Teens

Once thought to be a no-nonsense solution for parents of teens with ODD, conduct disorder, and ADHD, militaristic boot camps flourished in the late 1990s, touting themselves as the ultimate “quick fix” for fed-up parents. However, reports of teens being abused, victimized by other boot camps teens, placed in isolation and treated like prison inmates started emerging in the press.

Youths who spent months in boot camps told investigative reporters about camp owners and staff physically and verbally abusing them for hours, eating substandard food and being forced to engage in hard physical activity that left them exhausted and ill. In fact, there were several reports of teens dying at boot camps. Many were eventually shut down, and boot camp owners were sued by the parents of children who died at their boot camp.

The hard-line approach used boot camps for teens are:

A scared, struggling child should never be placed in such a demoralizing environment as a boot camp. Parents considering a boot camp for troubled teens should also know that individuals owning and staffing boot camps for teens are rarely licensed or qualified to provide therapy for these children and young adults.

The bottom line is this: boot camps for teens are nothing more than for-profit “camps” using fear, verbal/physical punishments, isolation, and threats to unnaturally force changes in behavior.

Where to Get Help for your Trouble Teen

When you contact teenbootcamps.org, you will talk to understanding and empathetic advocates who listen to your story and ask questions about your teen. They will then help you through the process of finding a suitable residential treatment center or therapeutic boarding school, offering wilderness therapy programs. The initial phone consultation is free.

Please call us today to get help for your teenager. We have assisted thousands of parents just like you with finding the best treatment for their behaviorally challenged teen.